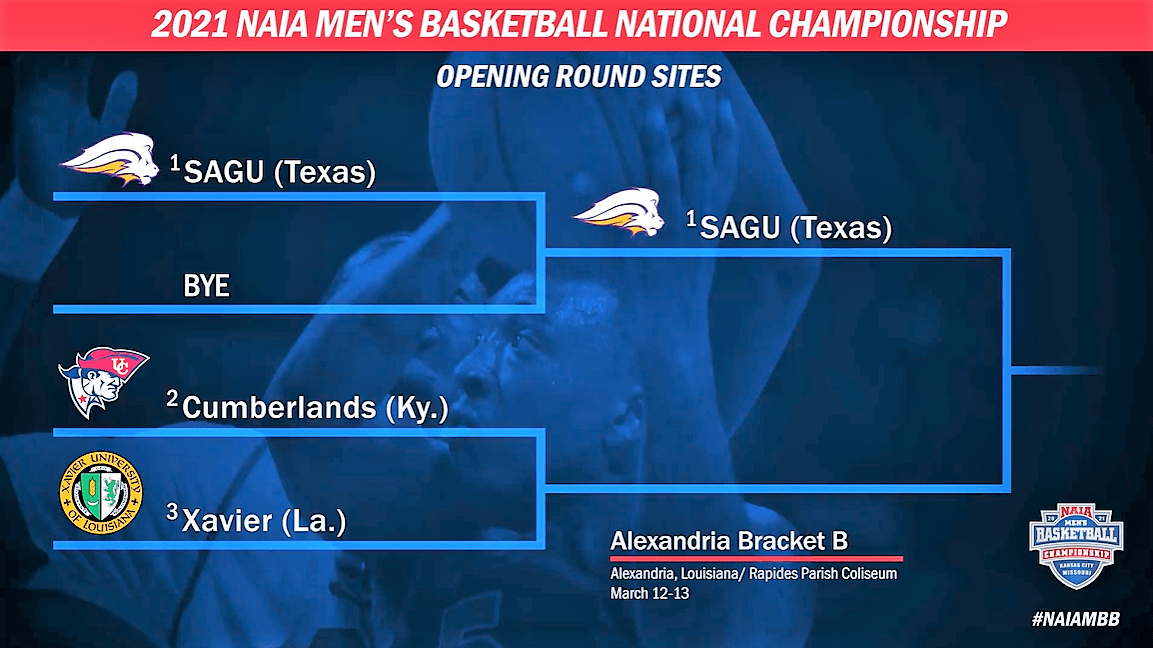 Teams Inside the Pod

4th Place Finish in the Mid-South

– Only played in 8 games this season.

One of the more interesting teams in the NAIA this season. They were once a Top 15 team in the country and looked like they were primed and ready to make a run at the Mid-South title. However, they have had some ups and downs all season long and the inconsistent play has led to some bad losses. While they were on the bubble coming into the tournament, they found their way in and Tevin Olison is one of the BEST players in the country. XULA is a tough defensive team, but if Olison can get himself loose in this game, the Patriots are talented to make it to Kansas City.

The GCAC Tournament Champions haven’t won a NAIA National Tournament game since 2007, but Rayshawn Mart and company are set to change that! The Gold are very tough defensively and showed that off on their way to winning the GCAC Tournament. Their 2nd in the past two seasons. Head Coach Alfred Williams will have his guys ready in this one and if you  haven’t seen Rayshawn Mart play yet, make sure you catch this game! He finally gets his chance to be seen on a National Stage and we don’t think he will dissapoint!

While they lost at home in the SAC Semifinals, this SAGU team is bit, long and athletic. Head Coach Delton Deal, is the real deal and has a very talented group. While they haven’t played as many games as other this season, they are still very capable of making a BIG run at a National Title.

Winner of #2 Cumberlands and #3 Xavier

This is almost as wide open as any Pod in this years field. All three teams bring in superstar individual talent and all three have Top 15 wins on the season! The 1st game of this Pod should be one of the best in the opening round. XULA has been known to shut down other teams best players and have experience in game planning against Darryl Baker of Talladega. If they can shut down Tevin Olison they have a shot at getting by Cumberlands. Cumberlands has played against stiffer competition for most of the year in the Mid-South, but they have struggled at times to find wins. We know people are quick to point out how good the Mid-South is, but we think this is a better game then most think! With Olison, Mart and Kashila a all in one Pod, this is going to be a fun one to watch on the player side of things as much as it will be to watch the teams themselves.

While the 1st game could be a bit of a lower scoring affair, SAGU will try to force the tempo against both teams in the 2nd game. They got upset in the SAC semifinals as they gave up 17 3’s to MACU in the loss. With just 12 games under their belt this is another team who many not be as crisp in March as they could be. Still a lot of talent on the floor with this Lion squad and they play really hard!

This Pod ultimately comes down to that 2nd game and which team controls the pace of play. Both Cumberlands and XULA play a bit of a contrasting style then SAGU. Controlling the pace will be pivotal in that game and in making it to Kansas City!