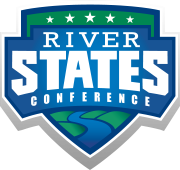 A returning All-American, Hampton and this IUK team haven’t been able to play a full season this year. They returned back from a 2 month layover and have been a bit rusty. Hampton though has been here before and will be motivated to win the RSC Title after losing in the game last season.

Another team who has seen limited action this season, but Scruggs has played really tough for them. When he’s been in the lineup this WVU team has been tough to beat and as a Senior you expect him to play well in the RSC Tournament.

Tadic is one of two Sophomores who lead this Rio team. He has had a terrific season and comes into the tournament with back to back 20+ point performances against league opponents.

Rio Grande – This is a balanced Rio squad, but Tadic and Shiloh Blevins have been pretty good this season. This team has played a heck of a schedule and may be as tournament ready as any team in the RSC.

WVU Tech – This team was clicking pretty good before their 19pt loss last week to Point Park. You don’t expect that to be the norm as Scruggs and company are a tough, gritty group

IU Kokomo – Deshaun Hampton and Trequan Spivey lost to IU East in the Title game a year ago. Expect them to have a big tournament as they try and get this team back to the NAIA National Tournament.

Point Park – Without the traditional seeding it’s hard to really have a true upset special here. However, Point comes into the RSC Tournament with a 7-8 record, so we will let them qualify in this space. They are super tough at home, but not as much on the road. Will be a team to watch though!

The River States Conference decided to not count regular season conference games this season. Instead teams played whatever games they could get in that were on the schedule and the league did a random draw for seeding.

RSC has (2) auto-bids: The two teams who reach the RSC Championship game will both qualify for the NAIA National Tournament.

Best Opening Round Matchup: #8 Oakland City vs #9 IU Kokomo – These two teams have played two different times this season with IU Kokmo winning the 1st game by 50pts back in mid-December. Then this IUK program got shut down for almost 2months. They just played Oakland City on Saturday in a game that they won in OT.

Our Pick To Win It:  Rio Grande – Rio has a talented group, but they also have played 21 games this year. They have beaten the likes of #6 Shawnee State and have played a tough schedule. With them being battle tested, you expect them to not shy away from the big games. Normally you’d worry about their youth a bit, but this isn’t a normal year so we will take a shot with a team that has shown they can play with some of the best in the country.