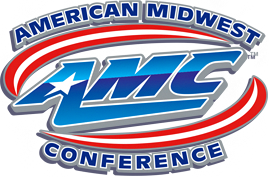 (RV) Central Baptist- The Mustangs had a tough opening weekend as they went 0-2 at the Fresh Start Talladega Classic, falling to (RV) Faulkner and (RV) Talladega. In the opening two games, the Mustangs shot a combined 7 for 34 from beyond the arc. The team is back in action on the road Friday vs Bacone (Okla)

Columbia College- The Cougars went 1-1 on the weekend, defeating Central Christian (MO) 112-68, and falling to McPherson (Kan) 86-81. Through two games Guard Tony Burks leads the team in scoring, averaging 20.5 points per game. The team is back in action this week with a matchup vs Lincoln (Ill) on Tuesday.

Missouri Baptist- The Spartans went 1-1 over the weekend at the Fresh Start Talladega Classic, as they put together an impressive win over (RV) Talladega before falling to (RV) Faulkner. The Spartans have a big week ahead as they face Missouri Valley on Tuesday at home, Mount Mercy (Iowa) on Friday, and (4) William Penn on Saturday.

William Woods- The Owls open their season on January 2nd.

Health Sciences & Pharmacy- The Eutectics start the season 1-0 after an OT win over Bible Baptist College. RJ Wright put together an impressive 35-point performance to put the Eutectics over the hump. The Eutectics have a two-game week, starting with Culver-Stockton (MO) on the road on Monday, and Central Methodist (MO) at home on Saturday.

Hannibal-LaGrange- The Trojans are set to have their season opener on the road on Saturday vs Benedictine,

1 .Missouri Baptist- The Spartans look to feed off of a good opening weekend vs Missouri Valley, Mount Mercy (Iowa), and (4) William Penn this week.

2. (RV) Harris-Stowe- I am ready to see Deshawn Munson and the Hornets this weekend vs Mount Mercy (Iowa).

3. Columbia– The Cougars tough brand of basketball will always give them a chance to win. I’m ready to see them matchup with Lincoln (Ill)  this week.

4. (RV) Central Baptist- The Mustangs look to bounce back from a rough opening weekend this week. The team will aim for their first win of the season at Bacone (Okla) on Friday.

9. Hannibal-LaGrange- The Trojans look to open up with a win vs Benedictine (Kan) on Saturday.