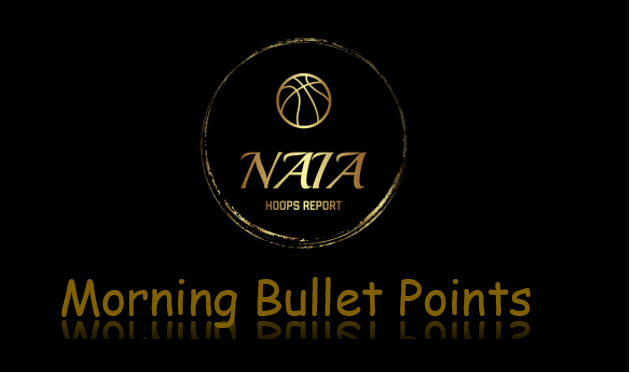 The NAIA Morning Bullet Points is a feature that will do a quick dive into the world of NAIA basketball.